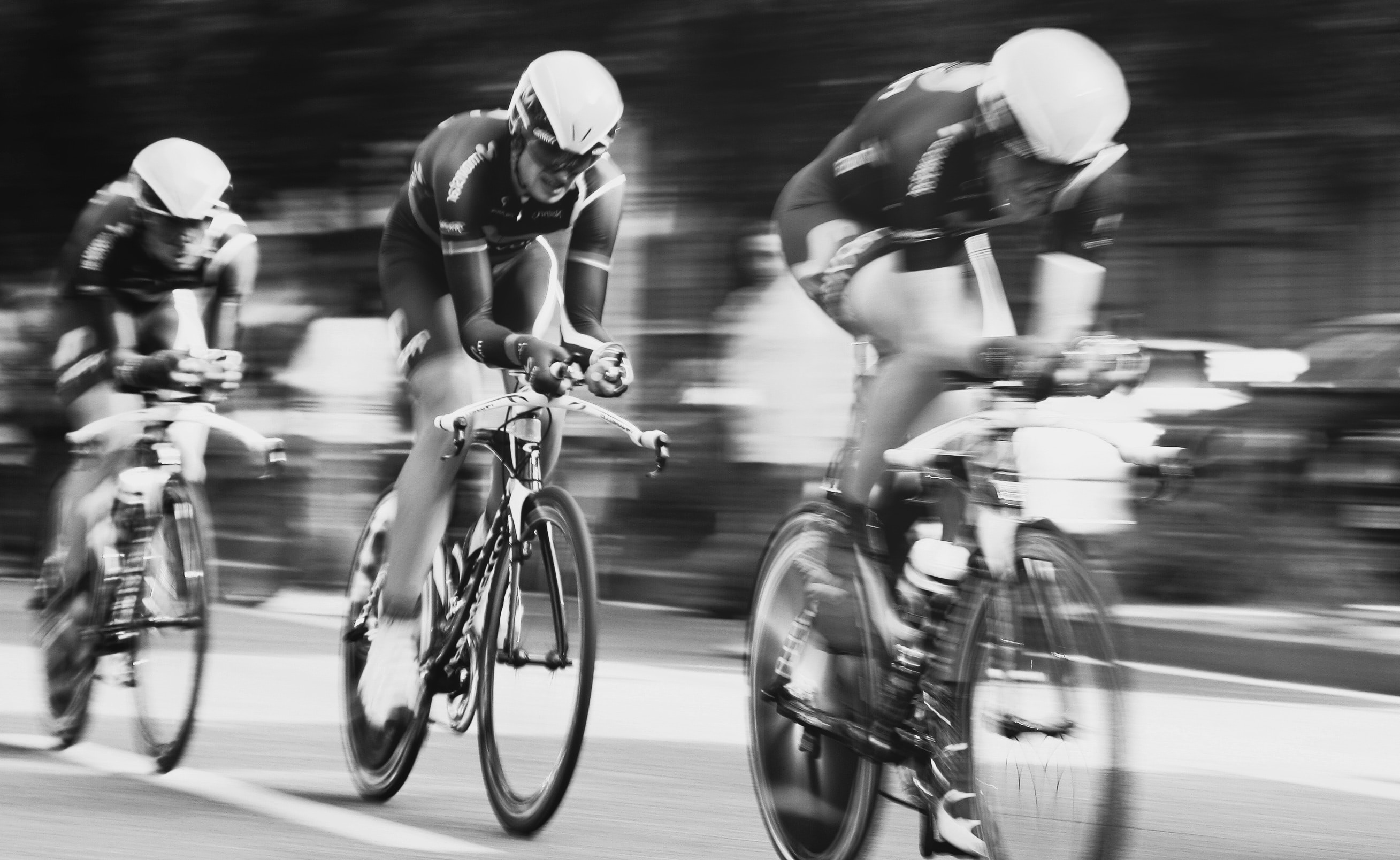 That’s a big hill to climb aka “Death Ride”.

I’m remiss.  Put it off again for whatever reason.  Excuse:  too busy to get to it.  Enough already. You do the same?  Important things that are big deals and you don’t get to them in a timely manner?  Really irritating and I want to kick myself when I do it.  This one is a big deal too.  And it’s synonymous with business.  That’s it for the guilt trip.  Here’s the story. Finally, albeit about 45 days late.

For years now, there’s been this event that takes place on top of another very important event that I had participated in for 32 years straight.  True story. I’ve trained every year for a very unique triathlon that took place the third weekend of July for 32 years.  My kids grew up with me doing it.  Our summer vacations were planned around it.  My kids did it with me a couple of years when they were old enough to want to kick dad’s butt.  And here was this other event, more grueling, more intense and certainly a much greater physical accomplishment if you completed it.  Always intrigued me.  Well, last year, 2018 was the end of an era and the triathlon as the community knew it, ended.  45 years later.  Fini.  No more. Left thousands of us with an empty July and a reason to find something else to commit to.  Another challenge to attempt, another opportunity to spend half the year to get in shape.  Aha!  I could now do that other crazy event.  Here’s the deal.  It’s a cycling ride over 5 passes of the Sierras called the “Death Ride”.  And for good reason.  123 miles, 15,000 feet of elevation climbed and weather plays a part in it at those peaks and valleys.  Pun intended.  So, I did all the things you do when you decide to set a goal like this.  I put it up on the wall once I was confirmed registered in December.  (Remember the event is mid-July). I told everybody that cared or would listen that I was going to do this thing for the first time at 62 years old.  (I think my wife listened but didn’t care…) AT 62, that’s a little crazy in itself.  So I began to train in January.  Like a madman.  There was no way I wasn’t going to cross all five passes and come home with the completion.  Even if it was 98 degrees at the bottoms and 25 MPH winds on the final climb to the last pass.  So be it. I did whatever it was going to take to insure I made that summit on the last climb.  Period.  Every box was checked off for goal setting.  Every detail of the technical side I dialed in.  Weekend training rides in excess of 100 miles and 8,000 feet of climbing.  Weeknights hustle out to get 30-45 miles in depending on light and time of departure.  Riding with much younger riders to push me harder.  Reading everything I could on nutrition and hydration so I knew what to expect and combat it if it occurred.  Even met with a Physical Therapist who was familiar with the ride to get some tips. Yes. I was ready and short of some horrific act of God, I was going to do this and do it well.

What occurred to me in the process of so many solo, long training climbs is that all this focus, energy, goal setting, determination, sharing, day in, day out training, researching, documenting, tracking and even a little fear of the unknown is that this is what business is like too.  My business, your business. We set our budgets, goals and expectations at the end of each year for the next year, don’t we?  At least we should.  We put them on paper and off we go.  Don’t we? But often, we’re missing something aren’t we?  I was. I did. No more.  That same discipline from commitment to a goal, to seeing a bigger picture, to communicating it clearly and with a defined objective and expected outcome is what business is all about isn’t it?  Are you taking the necessary steps to do what you need to do for your business to be the success you want it to be?  It’s no different than climbing that peak.  What are you going to do next?

Do something about what it is you know you need to do to get done what it is you want to get done.  If you’re serious about it, if you’re passionate about it, if you’re willing to tell everyone about it and do what’s necessary to make it happen, commit the time, commit the effort and be disciplined about that goal or objective, then take a step.  You know what needs to be done. Now do it.  It looks just like taking that ride I was so determined to complete.  Hey, I’m not getting any younger and business can’t wait.  Now is the time to engage the process.  And it is a process.  Find it if you don’t know what it is and follow it if and when you do. Take the steps and commit them to the vision of success in your head.  It’s hard.  But you know how to do it.

As for that “Death Ride”, everything paid off. The training, the discipline, the focus. It was emotional to struggle thru that last climb, to know the end was so close and yet my legs were toast, I was exhausted, grinding slowly up the grade looking for the end not quite sure where it was.  (It was around a corner that you couldn’t see so it appeared forever away.) The mind game of commitment to that goal at all cost versus the humiliation of failure meant I would have walked my bike to the finish if I couldn’t have continued pedaling. Didn’t matter if I was 1 mile away or 5 miles. I can, I will, I am.  I can, I will, I am!  The conviction to complete that goal was as ingrained in my mind, as real as me riding across the finish line in everything I imagined it would be like. There was no way it wasn’t going to happen.  And it did. And in a respectable time for any first-timer, let alone one that was 62 years old.  I got the pin, I got the shirt, I got the picture.  But most of all I got the pride of accomplishment knowing that it was all worth it.  What I did worked. And I learned so much more about myself. How I can use that same process in my  business too.  That I must use in my business too. I felt I had to share that story because so many of us put the things we know we need to do off.  Just like I did with telling this story.  I couldn’t have been more excited, jubilant in that accomplishment.  That feeling of success is one I want to experience so many more times.  The “Death Ride” could be considered synonymous with business as I mentioned earlier.  It is with my business and the correlation will never be forgotten. It was the most difficult physical activity I have ever attempted.  Just like some of the goals we set for our business, they may be far larger than anything we’ve ever attempted.  When we do what we know needs to be done and commit maniacally to it, follow the process, and stay disciplined, more often than not, we succeed.

I’ve committed to growing our business in the podcast field of production to empower opportunity for businesses and non-profit entities.  Our goals are set and the steps we need to take are clear.  I can explain and describe what it looks like when we get to where I want us to be and what it’s going to take for us to get there.  It won’t be easy.  We’ve got a big hill to climb but we’ve started pedaling and I know, we’re committed to getting there.

What’s your climb look like?  You need to know and do what you know you need to do to reach your peak. Take those first steps.  You know what they are.  You can do it.

This website uses cookies to improve your experience while you navigate through the website. Out of these cookies, the cookies that are categorized as necessary are stored on your browser as they are essential for the working of basic functionalities of the website. We also use third-party cookies that help us analyze and understand how you use this website. These cookies will be stored in your browser only with your consent. You also have the option to opt-out of these cookies. But opting out of some of these cookies may have an effect on your browsing experience.
Necessary Always Enabled
Necessary cookies are absolutely essential for the website to function properly. This category only includes cookies that ensures basic functionalities and security features of the website. These cookies do not store any personal information.
Non-necessary
Any cookies that may not be particularly necessary for the website to function and is used specifically to collect user personal data via analytics, ads, other embedded contents are termed as non-necessary cookies. It is mandatory to procure user consent prior to running these cookies on your website.
SAVE & ACCEPT